Don’t think it won’t happen to you...


When we were kids, taking risks was an important part of growing up and learning boundaries. Run too fast: you fall over and scratch your knee. Climb too high: you fall down and break your arm.

Somewhere between scratching our knees and breaking our arms we figured out how to live safely in the world.

For most people, but not all, growing up meant the aura of invincibility was stripped back and replaced by a robust layer of responsible yet calculated risk taking.

Strangely, but perhaps not surprisingly, when adults become self-employed the aura of invincibility makes a triumphant return.

Becoming a business owner means putting it all on the line and sometimes literally in terms of your house, your savings and your family’s future. That sense of invincibility often extends to health and the naïve belief that we can take care ourselves. In reality, unlike when we were kids, getting injured or sick is typically out of our control.

As a result when a business owner fails to insure themselves they are becoming a time bomb risk to the very future of their own enterprise. 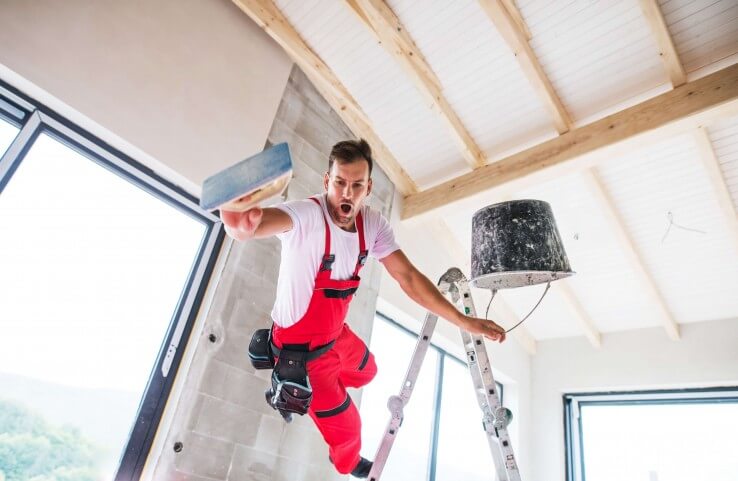 Don’t think it could happen to you?

Recently I took a call from a client and immediately I could hear the fear in his voice.

‘Is my policy in place? I had a fall a few weeks ago and haven’t been well enough to work.’

John had fallen off his step ladder (he was only on the second rung) landed on his shoulder and bumped his head.  The fall was so severe he was suffering from minor blackouts and ongoing issues with his balance. Understandably his GP had told him he was too sick to work.

It was only five weeks since we’d reviewed his policy. We’d known each other for a number of years; he’d moved out of a franchise into his own business model and was now looking to broaden his activities as a working director.

I advised John to take out ‘Personal Accident and Illness’. The cover ranges in options including cover for injury and illness, just injury cover, lump sum benefit for events such as loss of a limb, and can, in some instances, cover 90% of income.

So, back to the call, I was a little shocked, but at the same time, knew that he had the right cover in place. Now it was time for action. We got the claim underway as quickly as possible and provided John clear guidance on both what he needed to do and the process going forward.

First of all, we needed supporting information from John’s GP and his accountant. Whilst John passed his GP the relevant claim form, he authorised us to make contact with his accountant to obtain financials to support his claim for the lost income.

With this underway, we made contact with the insurer and lodged the claim. Within a short period of time, and with the relevant information back to the insurer, John’s claim was actioned and accepted.

Understandably, this brought an enormous sense of relief to John.

There’s no way John could have foreseen the length of time he was impacted by this event but fortunately having his Personal Accident and Illness cover in place has meant he has been able to maintain his business. Without the cover John may have not been able to recover enough to return to work, let alone employ someone whilst he was recovering and seeking treatment to keep his business operational.

John was one of the lucky ones. Of the more than half a million Australians who get injured or sick at work every year, more than 10% are business owners.

Tragically not enough of them have Personal Accident and Illness cover; putting their livelihoods, their homes and their families at risk.

To know more about covers that can protect you contact  one of our team at Business Insurance Cover Services  on 1300 268 371 to discuss your circumstances and what covers might be right for you.

Ready to talk with us?

Community Broker Network (CBN) are members of NIBA and as an Authorised Representative of CBN, we subscribe to the Insurance Brokers Code of Practice.  The code is a statement of the industry’s commitment to high levels or competency, training and customer service. It also ensures that there is a free and transparent complaints and compliance review process which imposes binding sanctions for any breach of the Code. It is designed to promote better and more professional, informed and effective relationships between insurance brokers and their customers.  To view a copy of the Code, click here.